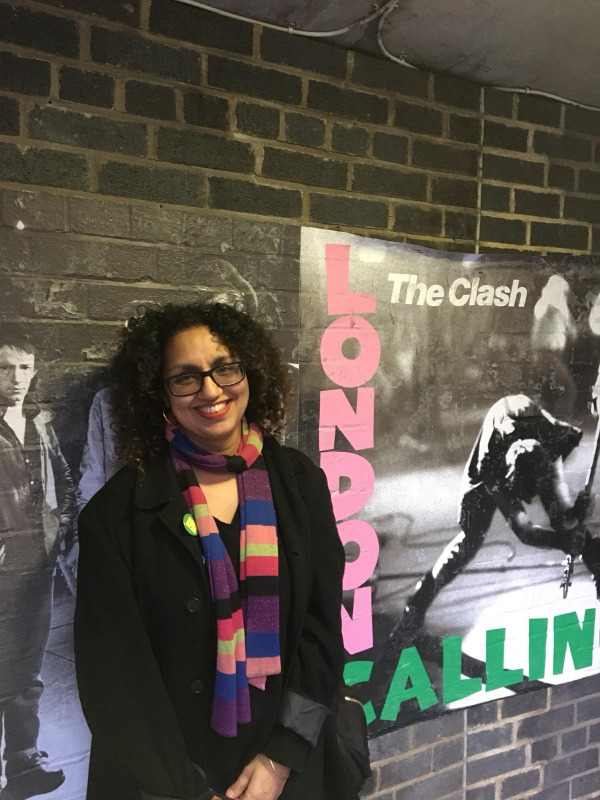 Should We Fall Behind by Sharon Duggal is a gritty yet tender novel giving life to people often ignored.

It is a story set in any British city; a story of the homeless, the immigrants, the bereaved, the lonely; the story of all of us – but one not often told.

Following homeless protaganist Jimmy in his search for a friend, the novel weaves its way in and out of the lives of the strangers he encounters. Behind each closed door is a rich and telling tale bringing life to the faceless we pass in the street, and an understanding for their actions.

The characters are outwardly diverse, ‘different’, but in Duggal’s portrayals this is not their defining trait. Presenting such full characters without show or statement means we are absorbed in what each of them does and feels, not how they may usually be defined. If anything we only wonder why they are often absent from the fiction we read.

Women feature prominently too. The book is published by Bluemoose Books, who chose to work only with female authors in 2020 and with Should We Fall Behind, Duggal is taking an important step to represent minorities and the female voice, both on and off the page.

Sharon talked to us about the importance of this.

Firstly Sharon, what is it that draws you to write about the lives of the ordinary and largely forgotten?

I read a lot but rarely see the world as I know it reflected in the books I come across and when I was younger, this made me feel as if those books were not for the likes of people like me. I try to do my bit to redress the balance with my own books by trying to write about the lives of people I walk past everyday and in doing so, I hope others may see a little of themselves reflected.

Also, seemingly ordinary people can sometimes have the most extraordinary stories behind them.

Your novel is published by Bluemoose Books who have dedicated 2020 solely to female authors. How do you feel to be part of that and do you feel there is still a need to promote and encourage women writers specifically?

I am very pleased to be part of this list, and feel very privileged to be published alongside these other incredible female writers. Data shows that although women do get published, this is less so than their male-counterparts, and when they do, they tend get less support from publishers in terms of promotion and advances, plus they don’t get nominated or shortlisted for prizes in the same numbers as men. My publisher, Bluemoose Books are brilliant – they constantly put their heads above the parapet to try and bring new voices and stories to the fore so I am very proud of them for doing this and I am very proud to be included in it.

There is strong female representation, as well as diversity in ages and cultures in the novel. How important is it to you to place these women at the forefront?

It is very important to me but also something I do naturally without thinking too much about it because I am a woman I suppose. I get fed-up with stereotypes whether they are gender-based or culturally based and I want to read about all kinds of people so I write about all kinds of people. Many women – from my female relatives to my friends and colleagues to my own daughter – play an incredibly important part in my life, so it was important to put them at the forefront of the stories I write.

Where did the inspiration for Jimmy’s character and life come from?

About twenty years ago, when I lived in South Tottenham in London, I once discovered a young man sleeping in my old car. I have thought a lot about this young man over the years, where he came from, how he had arrived at such a low point in his life, how any of us could find ourselves in a similar position if something devastating happened in our lives. More recently I worked as a volunteer in an emergency shelter of rough sleepers for a few months, and also I have friends whose life experiences were not dissimilar to Jimmy’s in one way or another.

Is there a character with whom you most identify?

I identify with each of them a little bit – any one of them could be me, or you, if our lives were slightly different or if we’d had something happen to us to throw us off kilter like the characters do.

The characters in ‘Should We Fall Behind’ are all lonely in one way or another. In light of the events of this year social isolation is more spoken about than ever, but do you see it as a longer standing and wider condition? One that has always affected us?

Yes, I think loneliness and social isolation are closely related but also distinctive. Loneliness is an age-old condition which can affect us all at different points in our lives wherever we are, especially as we become less connected to family or friends. Social, and specifically urban, isolation are probably more recent phenomena born out of the way we live now, in nuclear families or on our own, often in big bustling cities, surrounded by other people but in a way which can make us almost anonymous

Tentatively the characters connect with each other, their small gestures effecting big change – is this something you see in reality in society, or something we should strive for?

Essentially, I think most people are good, caring and decent but sometimes we can get wrapped up in our own lives and fail to see if others may be struggling around us so it’s a bit of both really. Sadly, I think we have been driven to be more individualistic and less community-minded over the last decade or so and this has been exacerbated by a more recent shift in the political landscapes both globally and closer to home.

The world seems very divided at the moment with the rich getting richer and a lot of ordinary people slipping further and further behind, and unfortunately this seems likely to get worse as a result of the Covid pandemic. I do worry that we are being led to blame the wrong people for this situation – refugees, immigrants, those with less than ourselves – rather than those who are in control, who in my opinion pose the real danger.

On the flipside of that, I thought it was indicative of the true nature of the vast majority of people when all the mutual aid and other support groups very quickly came into being at the beginning of the Covid outbreak. I am also optimistic that people, including many young people, seem much more motivated to want to affect meaningful change and right some of the wrongs of the older generations including my own. Young people in particular seem determined to reverse the racial and economic inequalities which should have been eradicated centuries ago. Also, people are finally taking environmental issues seriously and coming together to address the climate emergency. This is definitely a positive sign; I just hope we can do it in time to change the trajectory.

Aside from writing the novel you work supporting writers who come from under-represented backgrounds. How difficult is it to get heard as one of these authors? Do you see it changing?

My day job is with New Writing South, the literature development organisation for the south east region. We focus on providing opportunities for writers from under-represented backgrounds because this is where least opportunity currently exists, and it is very important that a diverse range of writers are able to get published so readers have the chance to read across a spectrum of stories featuring characters from all sorts of backgrounds – not least because it is boring to always read the same kinds of stories about the same kinds of people! I hope things are changing in the industry but I worry that until actual structures change – i.e. people from different backgrounds are in decision-making positions – any progress will be short term.

Finally, this is your second novel, do you have plans for a third? Will you continue to write about those whose stories we don’t often hear?

I am just beginning to develop my third novel- all I can say about it at the moment is it’s based on a road trip and a true story from within my own family.

I will always write about the world as I see it and inevitably this includes stories, people, places we don’t see enough of in books which come through the mainstream publishing route.